A Gem in the “Hart” of Greenville, South Carolina | Hartness Development

“We’re building inheritable homes… that really will stand the test of time aesthetically and physically.”

Just a few short miles from downtown Greenville, SC, named #3 Small City in the USA by Conde Nast Traveler and “One of the South’s Best Cities” by Southern Living Magazine—you’ll find the charming community of Hartness. Named for the family that owns the land on which the community sits, Hartness is designed according to the principles of Traditional Neighborhood Development—walkable streets, a wide range of homes built to last, and a Village Center, complete with restaurants and shops. Within five minutes’ walking distance from every home, you’ll find an amenity worth visiting—whether it’s a thoughtfully-designed park, a hardscaped plaza, or the Village Center itself. The community also features 180 acres of nature preserve threaded with 15 miles of trails that are perfect for hiking, biking, or just getting lost in the beauty of Greenville’s countryside.

The Hartness family could have chosen many different paths for the 400+ acres of land they’ve called home for decades. In fact, Thomas “Pat” Patterson Hartness and his wife Mary Lou Hartness still live on an estate located on the property that Pat began acquiring in the 1970s. Instead, they chose to develop the land themselves, to create an idyllic retreat just 15 miles from the heart of downtown Greenville.

“We are fourth-generation Greenville folks, and we saw so much development going on around Greenville—other than the downtown area, which was revitalized in a very thoughtful way,” says Sean Hartness, CEO of Hartness Development. “There’s a lot of sprawl going on, traditional suburban development … There’s clearly a better way to develop property in a sustainable way where we preserve special places and the natural landscape. We really want to give back to Greenville and show that there is a better development pattern.”

The Hartness’ Greenville legacy began in 1940, when Pat’s father, Tom, purchased the local Pepsi-Cola bottling rights—an endeavor that led to the evolution of a successful packaging company with a wide network of global contacts. Pat became the CEO of Hartness International and Sean served as a senior executive before the family decided to sell the company and pursue other avenues—and they are on track for the Hartness community to be just as vibrant a venture.

“It’s naturally an attractive piece of property. There are two streams running through the land and 13 fishing ponds that have been here for generations. People used to pay to bring their boats out here,” Sean says. “The property used to be a large cattle farm. It was really countryside until the time that my father started to acquire the property. To his credit, he has literally planted hundreds—if not thousands—of trees.”

Sean gives a great deal of credit to architect Lew Oliver, who has worked with Hartness Development on land planning as well as vertical architecture. “We’re building inheritable homes, homes that you would see in downtown Greenville or downtown Wilmington. They’re multigenerational assets that really will stand the test of time aesthetically and physically.”

Currently, Hartness Development has a boutique hotel that’s about to break ground—but, like everything in this community, it’s unusual in the best of ways. The home where Sean grew up – and where his father and stepmom still live until they move into their new home in Hartness – will be integrated as part of the hotel’s welcoming front entrance and main lobby area. “My parents could have sold it, but it represented the heritage of our family, and the fact that my dad has lived there for almost 50 years,” Sean says. “We saw this as a great opportunity to repurpose a family asset into something that would be desirable not just for the family, but for the greater community at large.”

Hartness Development is a true family affair. Sean’s brother, David, works in the real estate industry and has been an active part of the development process. Pat and Mary Lou are involved on a strategic level, working with Sean on a regular basis and driving through the property to witness as their vision of an intimate, walkable, beautiful mixed-use community becomes a reality. “Our intent is to take certain aspects of the preserve, have gardens, and grow food for the restaurants in the Village Center,” Sean says. “We have a real desire to curate this project in a way that’s world-class. People will hopefully come here to see this project and say—wow, these guys really did something special.” 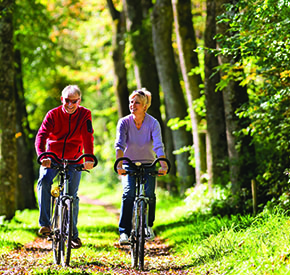 The community will feature a number of defining amenities including a central park, sidewalks and pedestrian greenways, unique streetscapes, a commercial center with restaurants and shops, a clubhouse with fitness center, a swim complex, tennis and pickleball, a boutique hotel with spa and a 180 acre nature preserve with 15 miles of trails. Come see 450 acres of beauty in Greenville, SC. Read More...
Your Information Request for your selected properties
DON’T MISS OUT!
Subscribe To Newsletter
Be the first to get latest updates and exclusive content straight to your email inbox.
Give it a try, you can unsubscribe anytime.