Chattanooga (pictured above) is a visionary place: on a clear day, parts of seven states can be seen from Lookout Mountain, and its NOOGANET offers free public wireless Internet access.

From tax-friendly to every taxpayers best friend: No state income tax on wages (phasing out interest and dividend income taxes). Effective real property tax rate of 0.55%.

Tennessee earned its nickname —”The Volunteer State”— when local militiamen volunteered for duty during the War of 1812 and were notably courageous in the Battle of New Orleans.

Nashville’s Grand Ole Opry is the longest continuously running live radio program in the world. It has broadcast every Friday and Saturday night since 1925.

The Great Smoky Mountains National Park, named for the smoke-like bluish haze that often envelops the hills and valleys, is the most visited national park in the U.S.

Centennial Park in Nashville was the site of the Tennessee International Exposition in 1897. Its full-scale replica of The Parthenon, with an enormous statue of the goddess Athena, remains today as the park’s centerpiece attraction.

Sequoyah, a Cherokee silversmith in Tennessee, is the only known person in history to single-handedly develop an alphabet. His syllabus for the Cherokee Nation resulted in the first written language for a Native American people.

The Ocoee River in southeastern Tennessee is rated among the top white water recreational rivers in the nation and was the site for the 1996 Olympic competitions.

Tennessee has more than 3,800 documented caves, and The Lost Sea near Sweetwater is America’s largest underground lake.

Vanderbilt University and its affiliated hospitals are the largest employers in Tennessee. 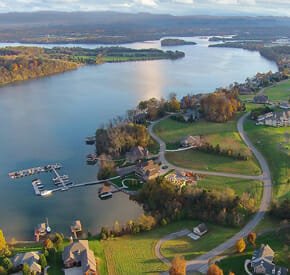 Rarity Bay on Tellico Lake is an award-winning gated lakefront community that combines waterfront living with mountain views and amenities that include a country club, championship golf course, tennis and pickleball facilities, swimming pool, community docks, horseback riding, hiking trails, and more. Come be a part of it and make the majestic Smoky Mountains and serene, clear waters of Tellico Lake the backdrop for your vacation home, second residence or forever home. Read More... 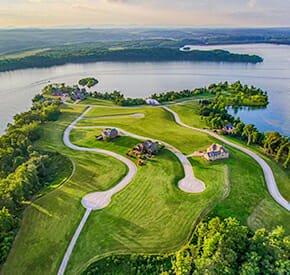 Tennessee's rolling hills and invigorating mountains invite you to tune up your bicycle, dust off your golf clubs and take a deep breath. The most active years of your life await. Their beautiful climate and stunning scenery set the perfect state for chasing your passions. So come on outside and stretch your legs. Tennessee's got plenty of room to roam. Read More... 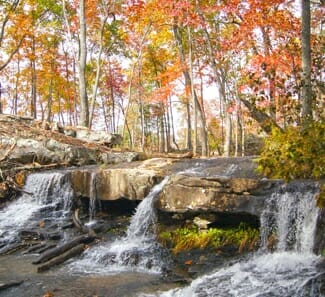 Welcome to Jasper Highlands, a unique residential mountain community, nestled along the bluffs of Jasper Mountain in Tennessee. This remarkable piece of residential real estate is positioned above the clouds with majestic views of Lake Nickajack and the Tennessee River Valley, with property taxes starting at $162.10 a year!. Read More... 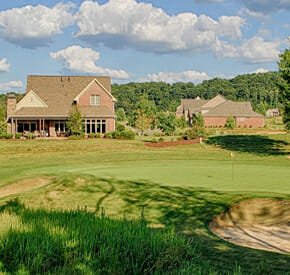 Tennessee National is one of East Tennessee's premier gated waterfront golf communities. Nestled in the foothills of the Great Smoky Mountains, the community offers a range of homesites and styles to suit your distinctive taste. Read More... 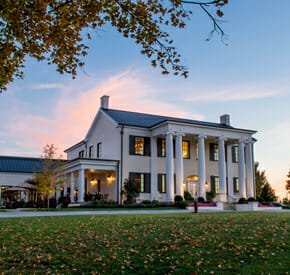 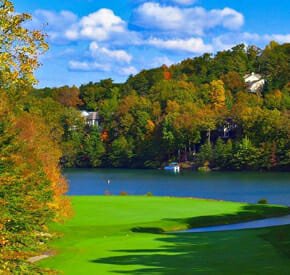 If you are looking for spectacular mountain beauty...look no further than Fairfield Glade. This well appointed community is located high atop Tennessee's Cumberland Plateau at 2,000 feet elevation, which accounts for the near perfect seasonal changes with very comfortable summers and mild winters. Read More...

Tellico Village is a lakeshore community in east Tennessee that offers a unique combination of natural beauty, mild four-season climate, outstanding recreational facilities and close proximity to Knoxville and the Smoky Mountains. Read More...
Your Information Request for your selected properties
DON’T MISS OUT!
Subscribe To Newsletter
Be the first to get latest updates and exclusive content straight to your email inbox.
Give it a try, you can unsubscribe anytime.